Sometimes you just want a do over, then you realize it could have been worse. One of the drawbacks of a one night comedy club, is that you fear that acts will abandon you if a better offer comes up. We try not to book to far in advance for this reason. We certainly do not want to advertise one thing and deliver something else.

Here’s another issue that can either be a blessing or curse. Allowing your headliner to select and bring their own feature. Sometimes a headliner will bring a feature who is barely past the emcee realm, or worse an open mic performer.

Sometimes a religious holiday happens at the same time that the NCAA final four is going on.

Don’t forget that often competition gives away a lot of tickets and you’ve sold 2 tickets.

Night before showtime your headliner calls and an emergency comes up and they need to reschedule, oh and the feature can’t come because their ride was the headliner. All of your emcees are booked. All comedians positions now open with 18 hours before showtime. Phone calls are made, emails sent and even appeals made via social media. Only 2 tickets sold. Should we cancel show?

Headliner confirmed, now we need a feature and an emcee. 9 Hours before showtime feature confirmed 2 more tickets sold now we are up to 4. Search still continues for an emcee. Neither headliner nor feature need a lodging, great call hotel cancel rooms or else pay for rooms not used.

Party of 12 just booked a birthday party! We have a show we now have 16 folks, but who will emcee? 3 Hours before showtime we have a emcee! We also now have more tickets sold! Somehow not everyone went out of town, or watched the game or went to the other place for the free tickets. We even ended up with an extra comedian coming down to a guest set. A customer from Philly came out a couple from the State of Washington came! All of the comedians did a great job and the audience had a great time.

I aged about 30 years this past 24 hours. I thought about canceling the show and spreading blame for why. I’m glad that another successful week has happened and there’s no shame, just more gray hair.

Thanks Rick, Ray, TV, Brandi and to the customers that traveled far and wide, thank you! I can’t forget my staff they pulled it off, too! 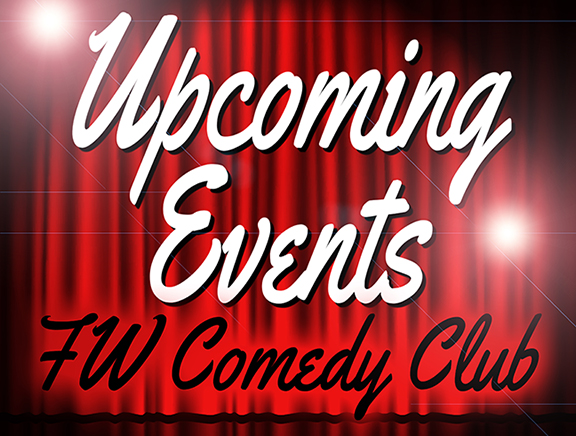